BLOG
The Minister of Science and Innovation has visited the future DFactory BCN facilities at the Zona Franca Area
3D Incubator Press
Pedro Duque has visited the largest 4.0 Industry hub in Southern Europe, which is scheduled to be opened this summer. The project, promoted by the Consorci de la Zona Franca de Barcelona and Leitat, will generate 1,500 direct and 5,000 indirect jobs. The minister has also visited the 3D Incubator new enlarged area, which already hosts more than 50 companies. 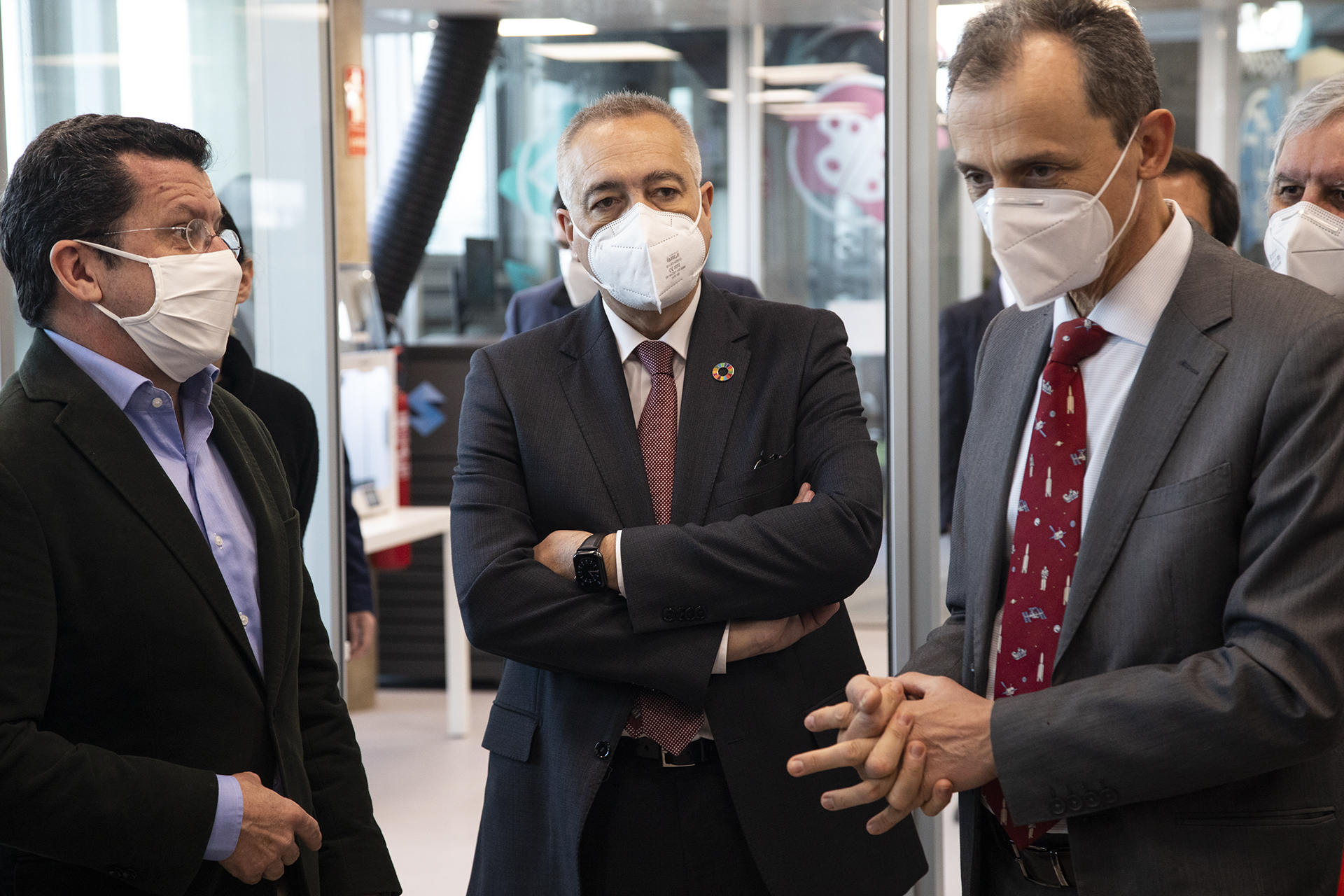 The Minister of Science and Innovation, Pedro Duque, has visited today the headquarters of the Consorci de la Zona Franca de Barcelona (CZFB) to learn about the projects that the entity is developing in the 4.0 Industry field.

Minister Duque, accompanied by the special delegate of the State at the CZFB, Pere Navarro, the CEO and executive vice president of Leitat, Joan Parra; and the member of the Leitat Advisory Committee, Joan Rangel, has visited the DFactory BCN facilities, the largest 4.0 Industry hub in Southern Europe. DFactory BCN, whose official opening is scheduled for next summer, will generate 1,500 direct jobs and 5,000 indirect ones.

DFactory BCN is an innovating project promoted by the CZFB and Leitat with the aim of acting as a pole of attraction for companies from all over the world that want to settle themselves in Barcelona to develop their digital industry. To this end, the 17,000 square meters of space will have mixed research units, international centers of excellence, shared laboratories with the latest 4.0 technology, offices, a training room and an incubation area.

The special delegate of the State at the CZFB, Pere Navarro, has thanked Minister Duque for the visit and has highlighted the CZFB's effort “to turn Zona Franca Barcelona into a reference location to promote robotics, sensorics, 3D printing, blockchain, artificial intelligence or the internet of things”.

On the other hand, Joan Parra, CEO and executive vice president of Leitat, has valued that Dfactory will promote the creation of an ecosystem for attracting talent, technology and investment that will position Barcelona and Spain as a Hub for innovation and the development of 4.0 Industry. "We want it to be a meeting place for the most cutting-edge technology companies and promote collaboration with other organizations to accelerate the technology ecosystem," he has pointed out.

The minister has also visited the new 3D Incubator enlarged facilities, the first European high-tech incubator in 3D printing, which he himself inaugurated in March 2019. Last December, the incubator space located at the CZFB headquarters was enlarged by 40%, reaching 1,000 square meters. This is a consequence of the great project’s success, which already has more than 50 incubated companies. As a result, the 3D Incubator now has new printing equipment and a new post-processing station, as well as new equipment for the dyeing, graphitization, scanning and surface treatment of 3D printed parts.