BLOG
Gau3di is named the best business initiative in the field of technology and innovation
3D Incubator Press
The company, which specialises in metal 3D printing, received the Creatic award at the Mataró Nit de l'Emprenedoria ('Night of Entrepreneurship') gala. Gau3di is one of the 43 companies which have so far been incubated at the 3D Incubator. 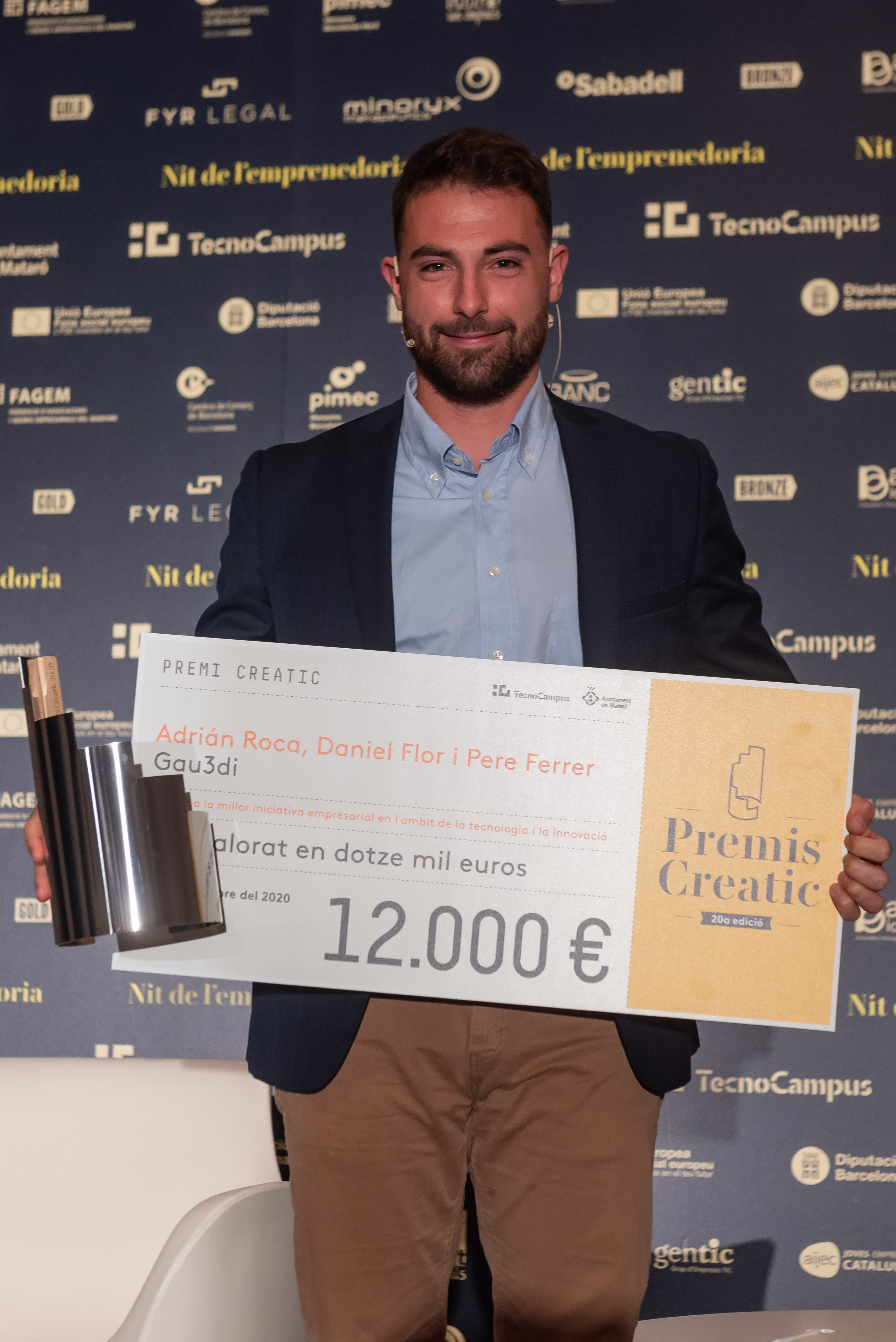 Gau3di has received the award for the best business initiative in the field of technology and innovation at the 20th edition of the Creatic Awards at the Nit de l’Emprenedoria in Mataró. The prize consists of 12,000 euros and a bonus stay at the incubator of the TecnoCampus business park.

Gau3di was born in the midst of lockdown with the aim of bringing Metal Additive Manufacturing (MAM), known as metal 3D printing, to the moulding industry.

In the words of Adrián Roca, COO of Gau3di, during lockdown, “the world was standing still and previously we had seen a whole new scenario in which China, the great factory of the world, had been on standby and many industrial projects that relied on parts from this country had to change to European suppliers, at a higher cost than their Asian competitors”.

They found that the production model concentrated mostly in Asia could not be sustainable in the long term, and that probably one of the ways to improve reaction times, as well as to reduce the movement of heavy goods and, consequently, costs, was through additive manufacturing, which allows significant reductions in these logistical costs.

The Gau3di team had knowledge of metallurgy and they identified a great opportunity: to bring 3D printing to the aerospace and pharmaceutical industries, as well as the automotive sector.

The award is an acknowledgment of the work carried out in recent months. “The award has allowed us to get our project much more widely known than we had expected. We have appeared in several newspapers and even on some national television, which helps significantly at the start, to get the project out there and get people contacting us to find out more about what we do”, explains Adrián.

Recently, with the aim of boosting the project's business development, Gau3di joined the 3D Incubator. A very simple decision, the company asserts: "We quickly created good synergies with the management team and we are very grateful for the support we received”, they say.

Gau3di is one of the 43 companies incubated so far at the 3D Incubator, which aims to reach 100 companies in its first 5 years of activity. Currently, the call to submit projects related to 3D printing remains open via www.dfactorybcn.org.